A Palatial Palate Trip to Peru 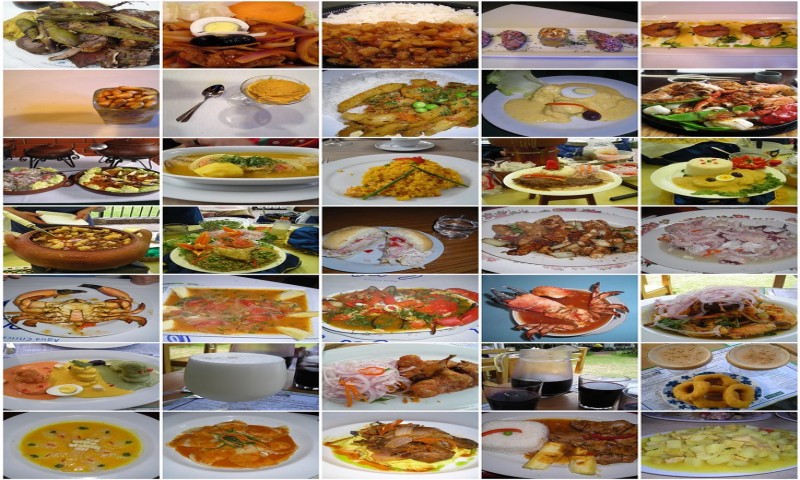 Social media and mass communication technologies may have their own banes in different regards. Nonetheless, there’s one impeccable impact they have had in our lives—they have shrunk the world in terms of access to knowledge and information. Resources are plentiful and global trends awareness sit in our palms on smartphones. One such trend is the cuisines from countries adorned by the exquisite ranges of The Andes—where civilization is believed to have begun. Food connoisseurs across the length and width of this world these days swear by the food of Peru. They have every reason to do so because the sheer vista of Peruvian cuisine is a tale where prehistoric culminates with postmodern. Influences range from Inca times and Spanish invasions. Let’s take this Andean gastronomic trip, and indeed, you are free to drool or go into a taste trance.

Roots and some more roots

If there’s one global vegetable that just about everyone in some form has consumed, liked, loved, and even detested, it has to be the humble potato. A walk through Peruvian vegetable markets can leave one amazed and in awe of these potatoes. Peru is home to over 5,000 varieties of potatoes! Yes, that number is correct! Potato is a native Andean ingredient and 99 out of 100 varieties you find around the world are Andean descendants. With over 5,000 options, imagine the extensive array of stews on offer.

Children of the corn

Don’t get scared! This is not about that 1984 cult classic thriller to chill your spines! Corn or maize is another staple in Peruvian cuisine. Its applications are abundant and in some form or the other, it is a feature of almost every meal in the country. The distinctness of Peruvian corn lies in its sweet taste and larger grains. While most of the world would imagine the color yellow or light yellow, Peruvian corns are a colorful delight—pink, yellow, brown, purple, and even black.

There’s one signature dish that bookmarks the Peruvian love for corn—Tamales. Starchy corn dough pieces are filled with meat or vegetables (just about anything, though seafood would be considered an unusual filling), wrapped in corn husks, and steamed. Making tamales is also a Sunday get-together activity for many family-friend groups of Peruvian women—sure there’re WhatsApp groups in Peru named after the ceremonial preparation of Tamales.

It’s a sort of shame and pity that Peruvian corns and related dishes have not yet picked up on the global popularity charts, and hence, barely imported outside of Latin America. With time, they must!

Maybe you just hummed the song Californication? No? That’s cool! Back to Peru. Most of the crude, rustic dishes in Peruvian cuisine use ingredients quite similar to the Indian subcontinental dishes—cumin powder for instance. The beloved coriander is cilantro. Even some of the dips and chutneys feature similar ingredients. What sets most Peruvian dishes apart then? It’s the usage of a yellow chili pepper called Aji Amarillo chilies (Latin America mind you, so just like hala-penn-yo, a-hee). You can try making any Peruvian dish at home with all the ingredients and effort, but sorry to burst your bubble, without Aji in some form or the other, it’s not quite Peruvian. Except, if you’re trying your hand at ceviche.

All you vegetarians out there, your sections have just about ended above! Though you can continue reading because the last section is for omnivores. Ceviche has to be the greatest Peruvian gastronomic contribution to the world. To all those who think only the Japanese can do wonders with fresh raw fish, well, not quite. Though in terms of artful creations from raw fish, Japan takes the crown. But who said this is about Peru vs. Japan? More importantly, who said ceviche is a raw fish dish? Ok, let’s break some myths here. Fresh fish or seafood from the ocean is already high on salt content. When that salt content reacts with acidic ingredients (lime, vinegar, etc.), they transform into a cooking agent. No oil no water needed.

In ceviche, the acid used is citric acid, generally lime or lemon. Ultra-thin pieces of fish are carved out and an apt helping of citric juice is poured over, which starts cooking the fish instantly. What gets added next is left to either simplicity or creative genius. Usually in Peru, Aji or other peppers, red onions, cilantro, and some seasoning are added before the ceviche is served. When in Michelin star restaurants, expect a stellar version. When in a restaurant owned by Peruvian culinary genius—Gaston Acurio—expect magic. In case you know it already or took a wild guess—ceviche is the national dish of Peru.

We are talking about the land of the legendary Incas, and it would be sacrilege to not mention a cooking technique that is ritualistic and entheogenic. It’s not an ancient technique—it’s primordial. Incas worshipped Pachamama, the goddess of fertility who looked after the mountains, cultivation, and when angry, caused earthquakes too. Centuries of centuries have passed, but the Peruvian spiritual regard for the goddess remains intact even today. Celebration with family and friends is all about Pachamanca—literally translates to ‘oven of the earth’. This ritualistic celebration of food involves all kinds of meats and vegetables marinated using the simplest of seasonings, covered in leaves and herbs, and placed inside an earth pit. The pit is then covered with burning wood and stones. Hours later, what comes out is just not some food on the plate but a tradition, an experience like none other. To feel this, your only way is to travel to Peru and make a Peruvian friend.

What the Peruvians have relished as a staple since the Incas is now the buzzword in food circles across the globe. Almost in fashion, quinoa is for Peruvians what rice is to many cuisines in the world albeit the former is a bit high on HQ—health quotient—it’s gluten-free folks!

Next time someone asks for eating suggestions, convince for Peruvian!

Abhinandan Ghosh: A tech and content enthusiast since his early days, Abhinandan has worked across sectors over more than a decade which include marketing technology, research, automation, and indeed events! He’s a culinary peregrine and a music evangelist. Expect some consummate expanse of topics from him in this space of EventsNode — definitive and engaging.